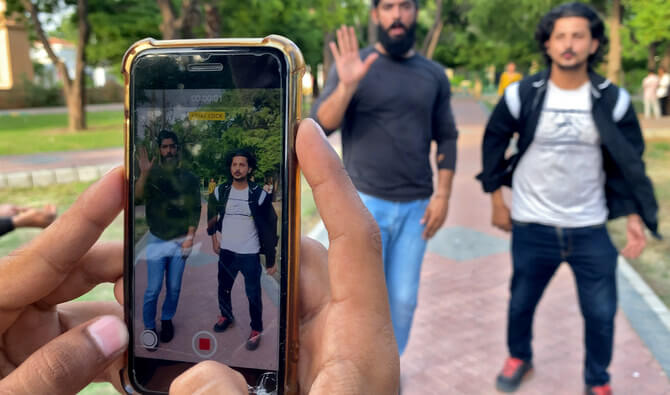 After the incident that happened at Minar-e-Pakistan, many rumors are revolving around. In the rumor, people are saying that the Government has banned the entry of TikTokers in all the parks. The Punjab Government has declined the reports of authorities the ban of all the TikTokers in parks across the province.

Azhar Mashwani, the Punjab Chief minister’s focal person for digital media, stated a denial after the news reported by Geo News, that the Punjab Government had applied a ban on the entry of TikTokers in the parks all over the province.

The report states that only state media would be allowed to shoot videos in parks and also said that you have to take permission to make videos for posting in social media would depend upon the submission of a script in advance, while the security guards deployed at the parks will keep an eye on all the TikTokers and Youtubers.

“Fake News. No such decision taken so far by the government. Currently, TikTok is banned in Pakistan,” said Mashwani.

In a statement by Qureshi, he said that the authority has rejected all the rumors concerning the ban on all TikTokers in parks all over Lahore. He also said that no written notice had been issued on the banning of TikTokers and Youtubers from entering parks in Lahore.