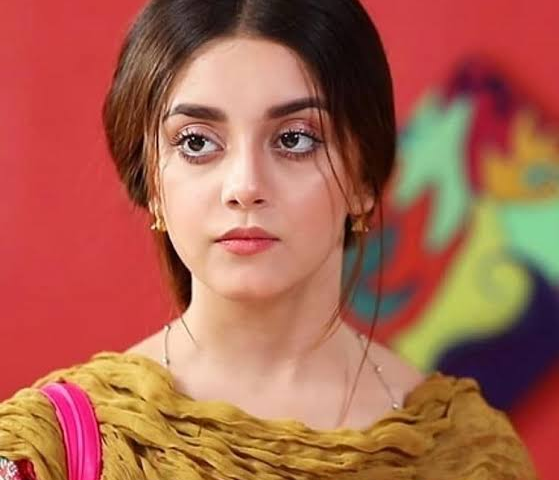 Alizeh Shah is 21 years old girl and is a Pakistani actress who works on television. She won the Hum Award for Best Television Sensation for her role as Palwasha in Ishq Tamasha. In Ehd-e-Wafa, Alizeh Shah plays the role of Dua. She has acted in several films, including Hoor Pari, Jo Tu Chahey, and Mera Dil Mera Dushman as well as Taana Baana. Since she began to flaunt off her fashion trends and choice of clothes on social media, Pakistani actress Alizeh Shah has faced online criticism.Momina Mushtehsan, a well-known singer-songwriter, has now defended the Ehd-e-Wafa actor, blasting the trolls for their derogatory remarks about her.

Alizeh Shah was dating Noman, a well-known actor who is involved in a drama series with her and has previously been in a Pakistani film. The two appear to be in love and continue to demonstrate their affection for one another on social media, as they appear to be on the same page when it comes to public displays of their relationship. Alizeh Shah and her partner Noman, and the individuals she has been working with for her drama series have all recently been diagnosed with COVID-19. Nida Yasir and her husband met with Alizeh, and she was diagnosed shortly after. They broke up to split up after Noaman Sami received a message from the hater about publicizing their haram relationship. What sort of message are these influencers attempting to send, the troll added? This time, Noaman Sami did not remain quiet and responded appropriately. “Bhot he naik khayal hain inke, wese Islam mai tohmat lagana bhi gunah hai, apko pakka pata hai k us insan ne haram kam kiya hai?” he remarked. Sad!! ” Noman Sami is saddened by the breakup of his friendship with actress Alizeh Shah, and he has moved so far as to deactivate his Instagram account. According to reports, Noman Sami, a rising star in Pakistan’s television business, has deleted his Instagram account and is no longer active on the platform. Fans believe the actor did this action after his friendship with Alizeh Shah broken up. Fans are concerned about Noman Sami’s reported inactivity on Instagram.

The actor has 333,000 Instagram followers, and social media users have criticized Alizeh Shah for the abrupt vanishing of one of their favorite star. We hope so as well, and we extend our compassion to everyone who is suffering. They also removed all of the photographs and videos they had posted with one another. Noman Sami later discussed his relationship with Alizeh Shah when talking to a fan.

Alizeh Shah’s new style was well-received by fans, who had nothing but good things to say about it. Every compliment, however, was preceded by a troll who chastised her for her hairstyle. One person captioned her photo on his page, remarking that she resembled Jung kook, a member of the K-pop group and she said “Alizeh Shah said she is ready to join BTS,”

Alizeh Shah, on the other hand, was not hearing it. She shared the story on her own Instagram and responded to the hater. She wrote, “I’ll take that as a compliment.”

We like Shah’s new hairdo since it’s a little different. She proudly wears her hair (as she should) and relishes in disturbing her innumerable haters by continuing to look and present herself how she feels is necessary.

Music Career That Sparks a Debate on Social Media

Viewers were drawn to Alizeh Shah’s debut song not because of her singing, but because of the black sleeveless top she wore in the video. Alizeh Shah, makes her singing debut alongside popular singer Sahir Ali Bhaga. The song’s audience was taken aback by her sleeveless top and chastised the actress for attempting to gain recognition through improper clothing rather than her voice.

On the third day of Eid, Alizeh Shah’s song was launched. The song became popular on the internet as soon as it was released. Previously, Alizeh Shah and Sahir Ali Bhaga shared previews for their single Badnamiyan on their respective social media pages. The social media followers, on the other hand, do not appear to be pleased with Alizeh Shah’s new singing endeavor. Many people expressed frustration that we are caught in local and international crises such as lockdowns, Covid-19 and the Palestine crisis, and that the tempo of the song makes us even more irritated. Many people have pointed out Alizeh Shah’s improper attire.

On Twitter, the hashtag #alizehshah was trending, with many raving over Alizeh Shah’s appearance and voice. Many Young had a crush on Alizeh Shah, but they are now dissapointed.

Sahir Ali Bhaga is the lyricist of the Alizeh Shah’s song. Imran Raza composed the song. Mujtaba Ali Choni provides the song’s music. SAB band is the cooperating band. The strong Punjabi beat of Alizeh Shah’s song features SAB band members Ustad Tanveer Hussain, Mujtaba Ali Choni, and Haider Ali. The song is of two minutes. The singers’ faces are glowed with fancy effects throughout the video. Alizeh Shah’s singing ability has received mixed reviews. Her fans believe she is attempting to make money by cashing in on her popularity and beauty, but her voice is not particularly impressive.

Many people in Pakistan believe that women are the keepers of culture and honor, despite the fact that they do not have a say in the issue. As a result, superstars like Shah find themselves in the limelight for reasons beyond their control. With their outfits, they are forced into the ridiculous role of representing the country and our whole culture. This is a burden they did not ask for, and one that they should not be forced to bear.

This surveillance and regulation of women’s bodies and wardrobes must come to an end. You can wear whatever you want and let others wear whatever they want. Hatred cannot be justified by calling it an opinion. Start by refraining from using profanities and harsh remarks against others if you wish to be the moral police.