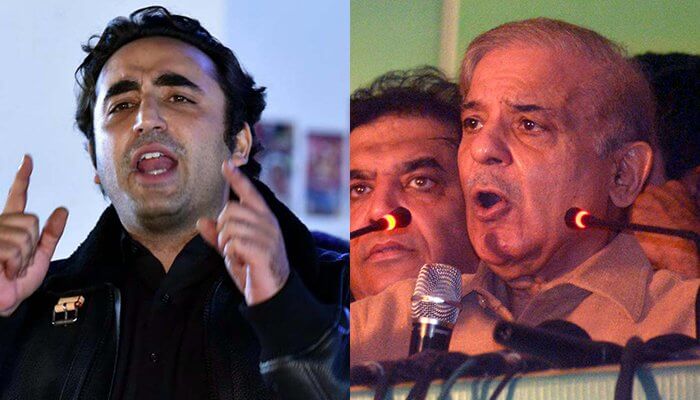 On Saturday, the opposition said it would have been preferable if Prime Minister Imran Khan had resigned rather than ringing in the New Year by unleashing a “petrol bomb” on Pakistan.

PPP Chairman Bilawal Bhutto-Zardari and Leader of the Opposition in the National Assembly and PML-N President Shahbaz Sharif both spoke out against the government’s decision to raise the price of petroleum goods in different comments.

He said, “Governments across the world celebrate festive occasions by bringing down prices, but on the contrary, Imran Niazi has dropped an inflation bomb on the masses.”

Instead of “punishing” the people for his “incompetence,” the PML-N president demanded the prime minister to resign.

Shahbaz wished for the populace to be free of inflation, economic upheaval, hunger, sickness, and injustice in the new year.

For his side, Bilawal claimed that the rise in fuel prices was Imran Khan’s New Year’s present to the people, and that the only way to eliminate inflation is to depose the PTI administration.

“Imran Khan claimed that 2021 would be the year of prosperity, but 2022 has arrived, where have the claims gone,” asked the PPP chairman.

He claimed that under the PTI’s reign, the country had more inflation than the previous year, but that they continue to criticise past regimes and try to depict them as inept.

Bilawal said that the PPP was in the midst of the world’s biggest economic crisis, but that the population were spared the worst of the inflation.

The best way to end inflation, according to the PPP chairperson, is to “oust Imran Khan.”

The price of petrol and high-speed diesel (HSD) would rise by Rs4 per litre for the first 15 days of January 2022, according to a notification issued by the Finance Division on Friday. The revised prices will take effect on January 1st.

The increase was announced in order to satisfy the International Monetary Fund’s aim for the petroleum levy (IMF). The price of kerosene has been hiked by Rs3.95, and the price of light diesel oil (LDO) has been increased by Rs4.15 per litre, according to the notification.