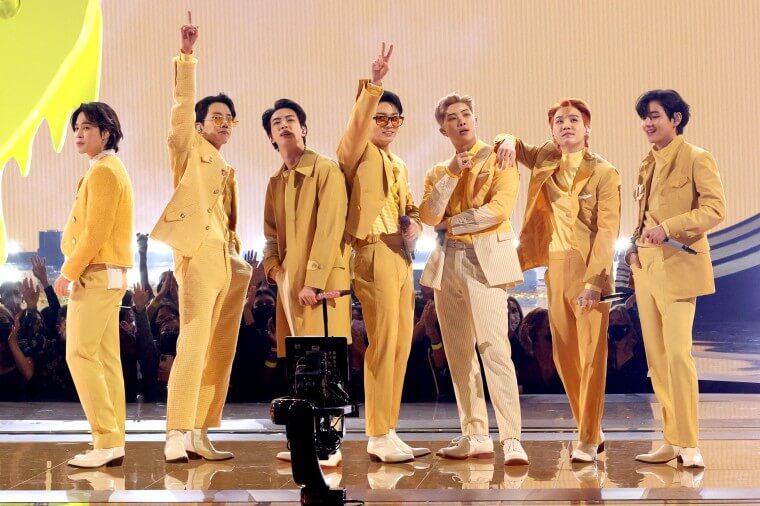 According to the Agency, it was announced that Suga was tested positive for Covid-19 on Friday. He is in self-quarantine, though he has not shown any symptoms for the virus. Now, rapper RM and vocalist Jin are also Covid positive, as reported by the band’s managing agency, Big Hit Music.

Since the Covid-19 outbreak began, there were no live concerts or performances, and people missed the normal life. With the situation being under control, BTS came forward to entertain people. The seven-boys band returned from their US tour after executing a series of live performances.

From November until the start of December, concerts were carried out in Los Angeles. Since the day their live performances ended, the members have been on a holiday.

The three affected artists made their way back to South Korea at various times, and all 3 were properly vaccinated. RM and Suga have not shown any symptoms so far while Jin is said to show mild symptoms and slight fever. He is quarantined at his home for now where he is undergoing self-treatment.