CPEC - One Belt One Road Initiative 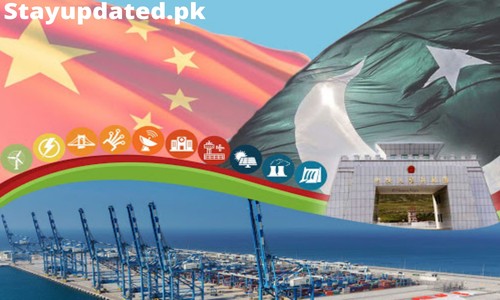 China-Pakistan economic corridor is a chassis of regional connectivity which will not only benefit China and Pakistan but will have a pragmatic influence on Iran, Afghanistan, India and Central Asian Republic and the region. China Pakistan Economic Corridor is journey towards regional rationalization in the planetary world. It is a win-win model and the tenor that this project has to offer knows no frontiers.

When was CPEC started?

The history of this corridor dates back to 1950s when the Karakoram Highway was constructed in 1950, thereafter in 2002 the Chinese enhanced the Gawadar port at Balochistan, Pakistan which was completed in 2006. With the downfall of Pervez Musharraf in Pakistan and the increased political instability in the country the expansion of Gawadar port was ceased. Later in 2013, the then Pakistani president Asif Ali Zardari and the Chinese President Le Kiang decided to enhance further mutual connectivity and a epistle for understanding on cooperation for long term plan on China Pakistani Corridor was notarized by Xu Shao Shai and Shahid Amjad Chaudhry. The actual implementation on the project started in 2014 when the then Pakistani President Mamnoon Hussain paid a visit to China to discuss plans for CPEC in Pakistan. Two months later, the then Prime Minister Nawaz Sharif met the Chinese president to discuss further plans succeeding the full scope of the project to be devised during his tenure.

What is the significance of CPEC?

China Pakistan Economic Corridor has significance for the region. Prospective areas of development include multiplex of departments. A few of them are listed as follows:

Regional Connectivity: It includes transport and infrastructure and the energy and logic hubs. The connectivity of different regions and the interregional harmonization are the major objectives of the program.

Diverse Investment Opportunities: CPEC has not only allowed local people to invest in businesses   but it has also appealed the foreign market and a wide number of well-known investors are more than willing to invest in this project.

Industrial cooperation:  A large area of land has been developed for the installation of industries and the subsequent contracts for the development and cooperative affairs of the industries has proved very beneficial for all the countries of the region.

Financial Cooperation: Pakistan has also got a load of financial assistance for the development of infrastructure, industries and other departments of the country.

Tourism: Out of all the benefits it is the most important one. The scenic beauty that it has added to the area is insane. CPEC has actually glorified the beauty of Balochistan.

A breathtaking view of the Gawadar port can be seen in the image below:

Other benefits include the human resource development, enhanced security of the region and increase in livelihood opportunities.

Since with the project many new industrial estates, industries, marketing zones, motorway, hospitals and other infrastructure has been built thus it generated huge employment in both the countries. Qasids, sweepers, business analyst, engineers, skilled labor force for construction, assistant directors, Strategic Communication Specialist , HR manager (Human Resource manager) and head of  divisons are being hired along with many other vacancies. Pakistan is a country with a lot of skilled labor and unemployed people and this China Pakistan Economic Corridor proved to be a magic stick for the region.

For the effective implementation of CPEC portfolio, the leading policy of hiring research internees is also introduced.

Currently the CPEC authority is as follows:

What does CPEC stand for?

CPEC (China-Pakistan economic corridor) potential impact on Pakistan has been compared to that of the Marshal plan under taken by United States of America in post war Europe. This project is a lifeline for Pakistan after years of poverty, terrorism, extremism, dilapidated transportation, crushed economy and briefly a wretched life.

And ex-Prime minister remarked it as:

“Our future generations will continue to bear the fruit of this game-changing project.”

A few glimpses of CPEC are shown as under which distinctly exhibits the development done under this project:

Under China Pakistan Economic Corridor, Gawadar port will initially be expanded and refurbished to allow for docking of larger ships with deadweight tonnage of up to 70,000. Improvement plans also include a $130 million dollar break water around the port and the construction of a floating liquified natural gas facility that will have the amplitude of 500 million cubic feet of natural gas per day.

Energy sector will be major focus of CPEC with approximately $33 billion dollar to be invested in this sector.

New energy generation sources under CPEC would be coal- based plants and electricity will be generated at Hub, Port Qasim and Thar from these plants.

It was also proclaimed that Pakistan will be prioritizing the hydro -power projects and that it aims to generate most of its electricity using hydro-power stations by 2030. Adding to this, Chinese company Zonergy is all set up for the construction of the world’s largest Solar Park Quaid-e-Azam Solar Park near the city of Bahawalpur with an estimated capacity of 1000MW.

Railway projects are also initiated under CPEC and major upgrading to Pakistan’s ancient railway has been done.

Main Line 1, Main Line 2 and Main Line 3 are constructed under it.

Karakoram Highway, eastern and western alignment are built under this. The benefits and advantages of CPEC are never ending and there can still be a long list to mention them. Conclusively, it is the golden bird for Pakistan.

Related Topics:Featured
Up Next

Nepra and Expanding Of Renewable Energy