Best Places to visit in Pakistan 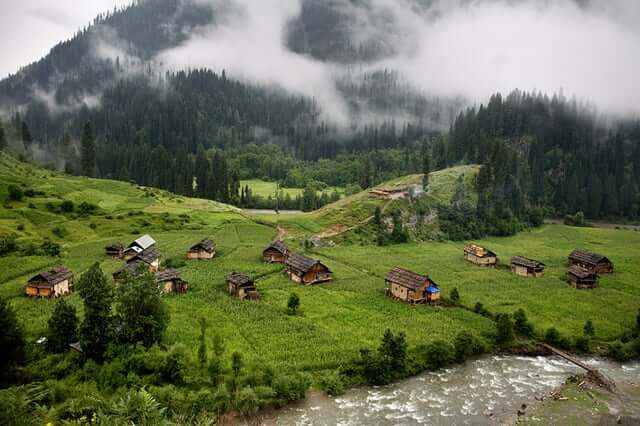 Whether they lived in the northern mountain peaks or the southern desert plains, each ethnic group brings with them age-old customs, intriguing civilizations, a wide range of foods, vibrant clothing, and alluring stories, resulting in a place of unparalleled individuality. You must visit Pakistan at least once in your life because the compassion of the people, the beauty of its natural scenery, and the interesting features of its rich culture will ensure that you have an unforgettable experience.

Known for its geographical beauty Pakistan has many best places to visit. Since, it has a wide range of natural manifestations, from undulating hills in the south to towering peaks in the north. It has enormous farms and rivers, oceans as we approach Sindh province, and eventually vast deserts, making it a veritable treasure trove of nature’s treasures. One of the reasons the environment remains so lovely is because most of it has been kept in its most natural state. Let us not forget that Pakistan is home to five of the world’s tallest and most magnificent mountains   and hence a variety of tourist places are available in Pakistan.

In Pakistan, there are several old Hindu temples, some of which date back to the period of the Mahabharata, an ancient Hindu book thought to have been composed in the 8th century BC. The Katas Raj Temples are one of Pakistan’s most well-known Hindu temples, with its perfectly shaped domes and expressive sculptures evoking the grandeur of the ancient architecture. There are many places in Pakistan which are best to visit, the details for some of them is described under:

One of the  best places to visit in Pakistan is Neelum which is one of Azaad Kashmir’s most magnificent valleys, including brooks, freshwater streams, woods, lush green mountains, and a river. Here, you may observe waterfalls cascading down the mountains, their milky-white streams pouring over the roadways and splashing against the rocks before mixing with the muddy Neelum River.

When talking about the best places to visit in Pakistan, Skardu is one place which can never go unnoticed. After crossing the Indus River on an old wooden bridge, one arrives in Shangrila, a tourist paradise on Earth. It is a well-known tourist destination in Skardu, which is about a 25-minute drive away. The restaurant in Shangrila Rest House, which is designed in the shape of an aircraft, is the pride of this area.

Skardu, the main valley of Gilgit-Baltistan in Pakistan’s extreme north, is the epitome of beauty, tranquility, and wildness which makes it an ideal place to visit and adds it the best tourist places in Pakistan. A small route leads to Skardu after Jaglot on the Karakoram Highway. Several streams, springs, and the hospitality of the locals welcome one along the seven-hour trek.

Khunjerab pass is another best place to visit in Pakistan and which is one of the top-visited Tourist places in Pakistanis at 4,693 meters, is the highest point of the famous Karakoram Highway and the world’s highest paved border crossing, spanning the boundary between Pakistan and China’s Xinjiang Autonomous Region. The pass, which was completed in 1982 and is located among some of the world’s most spectacular mountain landscapes, connects the barren hinterlands of Pakistan’s desert mountains with the fecund high altitude plateau of China’s side, where grazing herds of yaks and sheep live among the local populations of Tajik herders.

The list of Tourist places in Pakistan includes The Khewra Salt Mine which is located on the foothills of the Salt Range in the Punjab province, some 184 kilometers (114 miles) from Islamabad, Pakistan’s capital. It is not just the world’s most important source of salt, but it is also a popular tourist destination, with up to 250,000 people visiting the mine each year. Tourists may see caverns made completely of salt, a variety of saltwater ponds, and tiny salt constructions of major locations in the nation after being brought inside using carts. This mine on account of its vastness and splendor has made it to the list of best places to visit in Pakistan , and this fact is legitimate.

Among many other best places to visit in the country one is Kalash. Kalash paths are also included in the best tourist places in Pakistan which are shrouded in myth and folklore and claimed by many tourists is one of the best places in Pakistan to visit, the place who claim descent from Alexander the Great’s troops, worship a variety of ancestral gods, and organize colorful religious festivals of song and dancing. Though the men now wear the standard Pakistani shalwar kameez, the women still wear traditional attire, such as voluminous black dresses with thick red belts around the waist, flamboyant woolen headdresses decorated with cowry shells, old buttons, beads, and bells, and, perhaps most striking of all, great strands of colored beads hung around their necks. Due to the heterogeneity in the dress and culture of this place , it is idealized by tourists both local and international  to be the best place to visit in Pakistan.

Needless to say , shogran is also a tourist place in Pakistan which is best to visit, it had an avalanche of tourists who exploited its beauty and jaded it. Siri Payee, however, being a lush plateau on top of the Hindu Kush, continues to be a popular tourist destination. It entices many as a rendezvous where one may enjoy Nature play peek-a-boo since it is frequently engulfed in clouds and fog a great site for Tourists and they consider as one of the best Tourist places in  Pakistan.

Tourist places in Pakistan are assuredly a sight to behold and this fact is undeniably true that we every other day continue to explore more places to visit in Pakistan which can easily be a part of the best tourist places list. One such best  place to visit in Pakistan are Deosai Plains which are located among the Alpine steppes of the Karakoram-West Tibets Plateau. During the spring, the luscious plains are whitewashed with millions of bright wildflowers that draw the attention of a large battalion of butterflies. The world’s highest plateau stretched over 3,000 square km, is on the edge of the Karakoram and western Himalayan range, and has received recognition as a national wilderness area for its extraordinary biodiversity.

Fairy meadows is one of the most attractive sites in the region of Pakistan which adds it to the best places to visit in Pakistan and it must be on the Pakistani tourist destinations list? It takes around three hours to walk but the sights of Nanga Parbat, the Killer Mountain 8000m + are quite gratifying. From the Fairy Meadows, you may enjoy the greatest view of Nanga Parbat in a luxurious log cabin.

There are many other places which are  best to visit  in Pakistan  and the names mentioned under are considered to be the best tourist places in Pakistan :

Related Topics:Featured
Up Next

11 Eating Tips For A Healthy Lifestyle